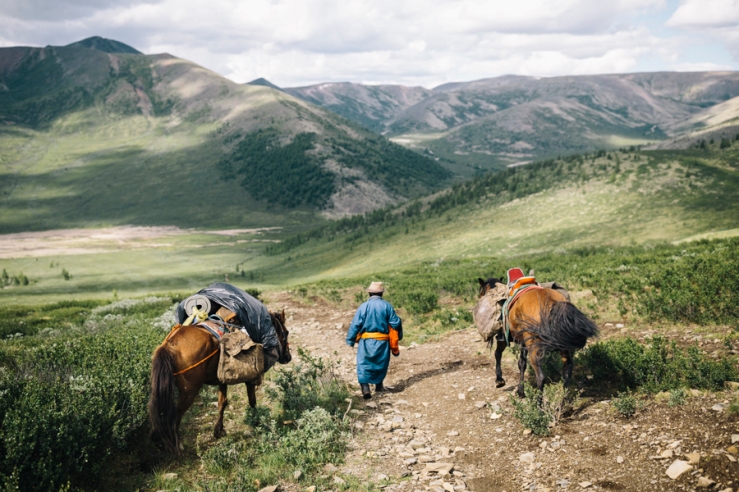 My horse is veering off course again, into the dense pine woods and off the already elusive path to walk through tall ragged bushes to scratch the flies and mosquitoes off his legs and lower body. He won’t listen to me, won’t heed my yelps or whistles or the snapping of my rope against his backside. He doesn’t care about me. Inasmuch as he even acknowledges my existence, I think he actively dislikes me. This has been a slow realization on my part, over the course of about 25 kilometers through swamps and rocky mountainsides and running rivers and the dense, evil landscape of the East Taiga in northern Mongolia. But this is my path—with waters waist deep and forests nigh impenetrable—to the nomadic reindeer herding tribes of the region. So without him I’m nothing. 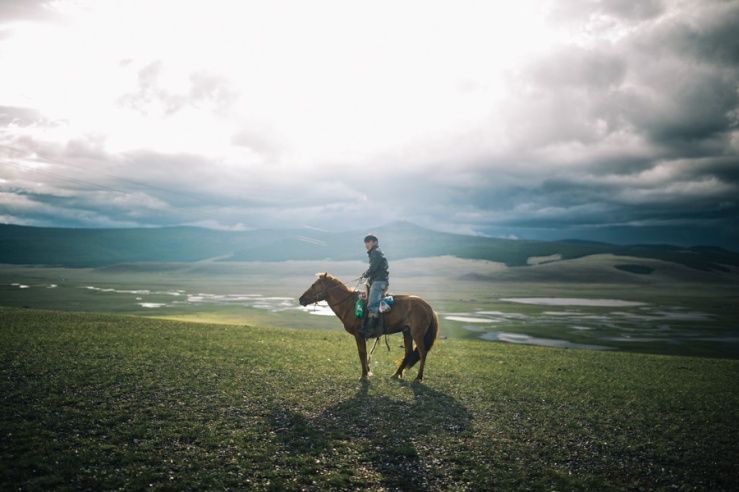 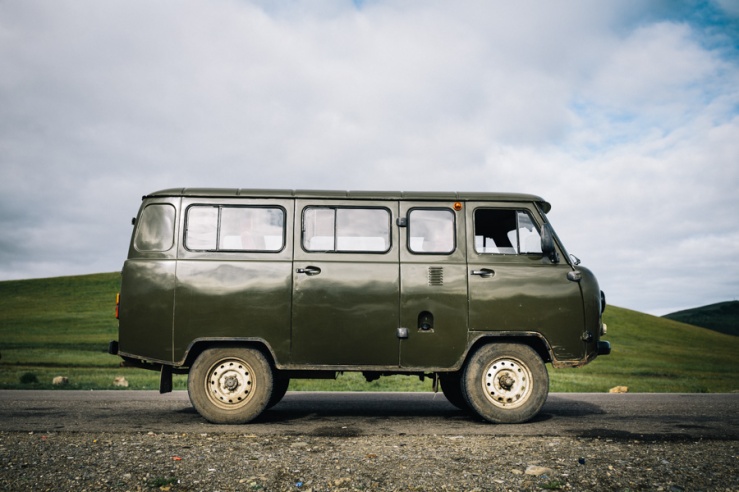 We left civilization days ago. I haven’t seen a shower or a toilet or a paved road or a meal consisting of anything other than lean meat and potatoes in close to a week. The highway from Murun quickly devolved into something absolutely not a highway when the driver took a sharp left an hour outside of town straight into the valleys and grasslands of this wild, untamed place. That was 300 kilometers ago. Maybe 350 now.

The landscape itself is so vast as to be infinite. Hills roll into mountains that drop away into valleys. Rivers and dried up river beds criss-cross endless, sweeping plains and throughout it all large gangs of horses, sheep, goats, and yaks roam without cause or haste or destination. I see all of this from the dirty, shaking windows of an ancient Russian jeep, seemingly held together with strong tape and spilled airag: a fermented mare’s milk drink which the driver—each time dipping his finger and saluting the mountains, water, air, and earth—is steadily sipping on. It all becomes a blur after a while. Smudges of green and blue. 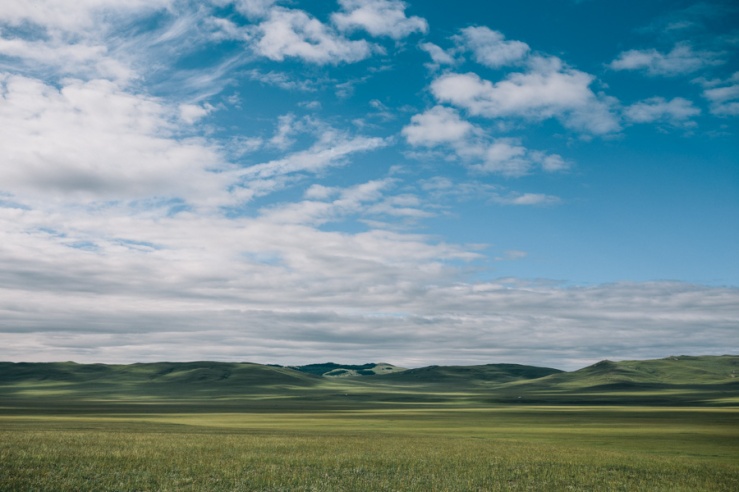 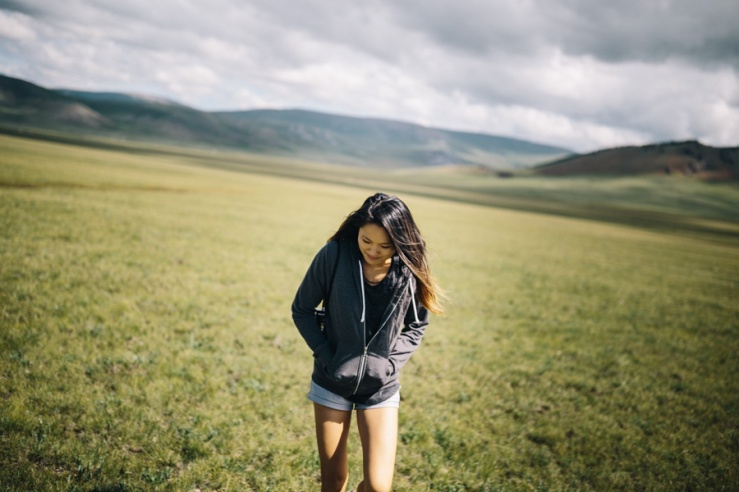 But the horses are something else. Riding a horse is uncomfortable and saddle rash, I learn the very hard way, is a very real thing. Horses are full of flies. Horses want to eat constantly. Horses fart a lot. Horses never want to go where you want them to go. Horses are, in short, assholes. But horses are also one of the only animals capable of overcoming the weird, random paths of the mountains in northern Mongolia and so it is that we find ourselves on the backs of these beautiful but difficult beasts when the forests finally disappear and the mountains dip and the terrain clears just as the sun is sitting low in the sky and the hour is golden and there before us everything opens into a majestic valley dotted with tents and families and running dogs and grazing reindeer and the sounds of children laughing and playing in the distance. We cross a clear cold river. It’s as close to God’s Country as an ungodly man is ever likely to get. 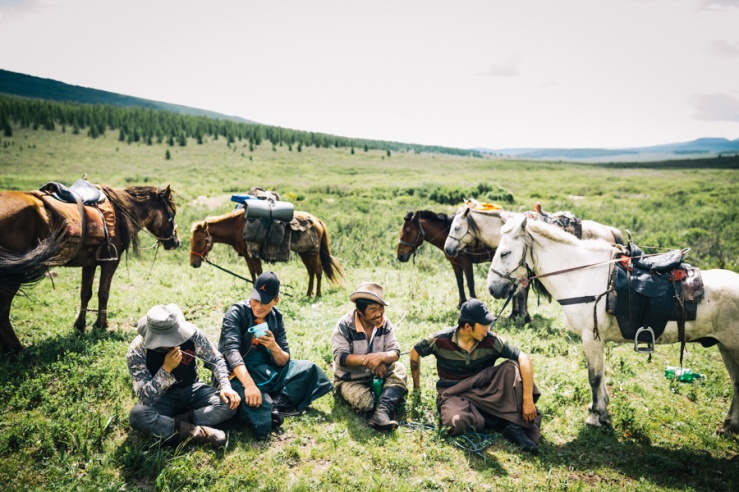 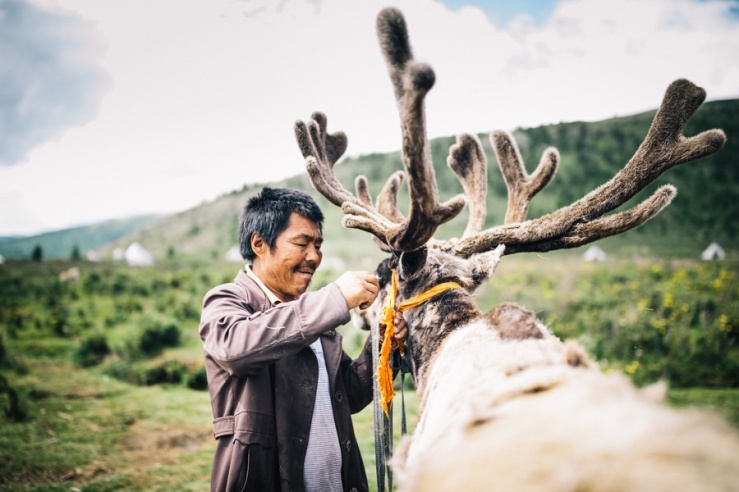 The Tsaatan people domesticated reindeer generations ago and for centuries they lived off of nothing but the land and their herds. Subsidies exist these days and tourism brings in some money as well, but the tribe is still nomadic and they still prefer to live here in the literal middle of nowhere flanked by mountains and summer snows and countless other difficulties on all sides. In the winters they stay in the forests for shelter but now during the warm summer they make camp out in the open near several streams of running water and verdant grasslands where the reindeer can graze. 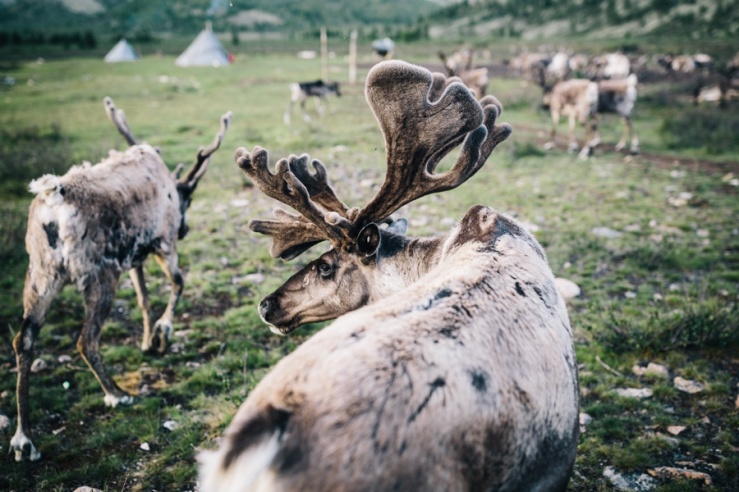 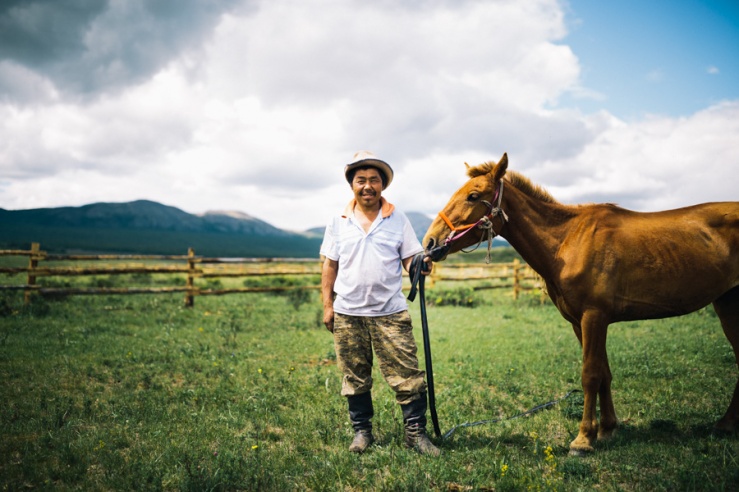 We stay with them for three days and life is simple and relaxed and bordering on boring. I read and take long walks and bath in the river and shit in the woods and eat more lean meat and potatoes. I play volleyball on a makeshift court in the evenings. I pet a lot of dogs, shoot a bow and arrow, pick wild onions and herbs, and ride on the back of a reindeer up a steep cliffside to a ledge overlooking the entire valley below. When we leave for the long ride back to Tsagaannuur to catch a glimpse of the traditional Naadam festival it’s with that sad knowledge that we may never be back. But so it goes.

The rest of the trip is a blur of activity and color. More horse riding and driving on dirt roads that cut through the steppes and valleys of the country. We gather with the crowds to watch racing and wrestling during Naadam. We wash our clothes in lakes. We explore the countrysides and the small towns we stay in along the long way back. 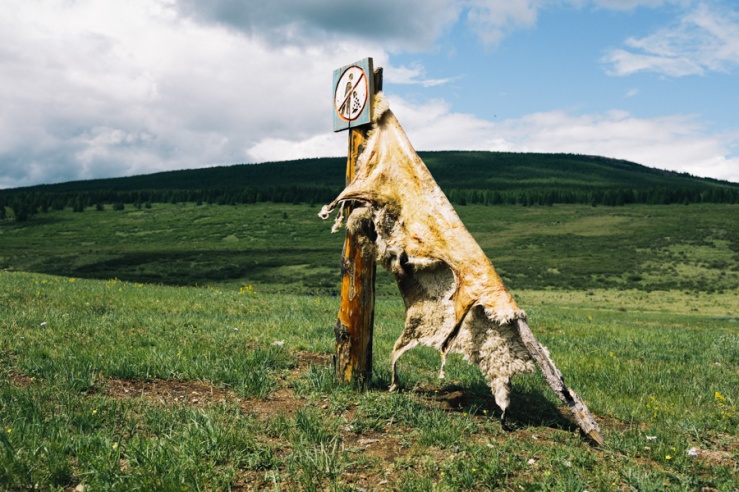 Near Khovsgol we watch a family slaughter a goat and remove its insides and fill them with blood to boil for dinner. The roof of their ger—the traditional round Mongolian home—is laden with sour and foul-smelling homemade cheese. The skinned face of their prize-winning horse hangs from a rafter next to the ancestral altar. A baby goat sleeps beside the daughter’s bed and a single car battery powers a television in the corner. The wife watches a Chinese drama idly as she moves red hot stones onto the goat meat to roast it. Outside all of the wild sounds of nature and nothingness meld together and after a while the tray of boiled goat guts stuffed with blood arrives and is placed before us and with eyes wide with glee and hospitality the family invites us to try the best pieces of kidney and lung and liver. My only real thought is that well OK at least it isn’t lean meat and potatoes and while I really don’t want to eat with relish these inner organs nor can I imagine going back to civilization anytime soon. So I inhale deeply and I smile widely and I cut a large piece of intestines and I dig in and through the open roof of the home the sun is falling in at a lazy angle and the sky is so blue it hurts and there’s nowhere I’d rather be. 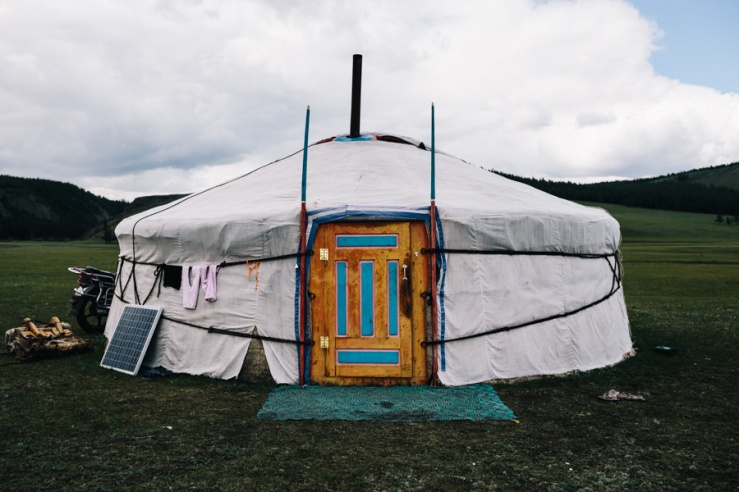 I’m just back from a long and amazing journey through the northern reaches of Mongolia, in the taiga forests near the Siberian border, visiting nomadic reindeer herders and photographing some beautiful landscapes as well as small aspects of this fleeting and remote culture. Here’s a quick preview, with much more to come.