This summer I took a number of road trips across the continental United States. I drove over 20,000 miles mostly along Interstate-80 and on various highways and dirt roads that branch off and away from it. I followed the old Lincoln Highway and pieces of the Oregon and Mormon trails. I followed the settlements that followed the mountains and game trails and most other migrations. East to west. I shot 150 rolls of film and developed them along the way in campsites and cheap motels. It was a wonderful experience and one that I was lucky to have.

These are some of the photographs I took along the way. I only brought black & white film with me, so it was nice to also have a digital camera for those small moments I wanted to preserve. An old Amish homestead in Wyoming. Carhenge, Nebraska. The carvings at Worden’s Ledges. The Great Salt Lake and the Canyonlands of Utah. Vast expanses of deserts and plains. The grandness and diversity and beauty of the land is hard to overstate, in all of its natural and manmade forms. I just wanted to share a few of these scenes. They aren’t meant to be precious or profound, but they’re still well worth hitting the road for. 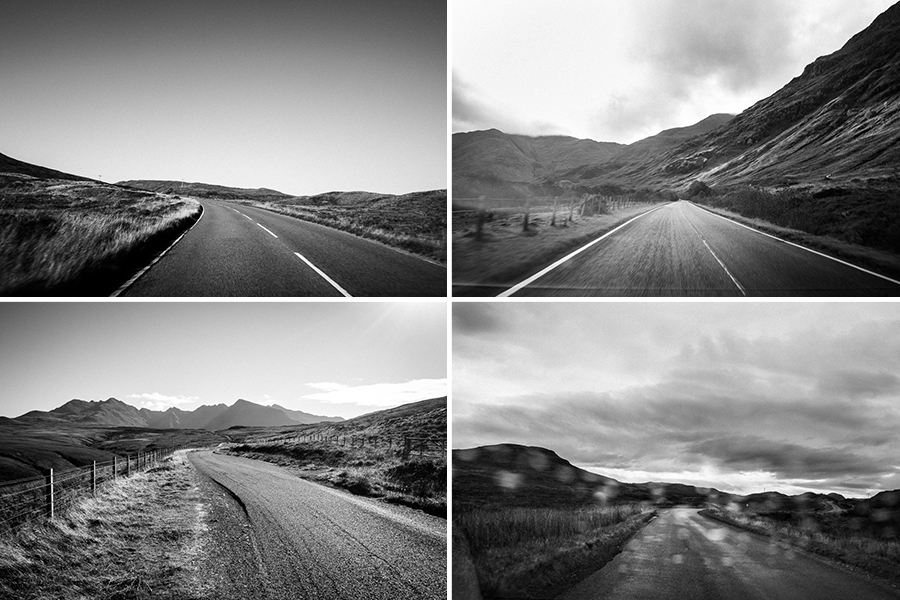 Just a few images from the Scottish Highlands along the western coast during a road trip with some friends. Grainy lonely desolate landscapes that lead nowhere and everywhere and take their time doing so. It’s insanely beautiful here. But winter is coming so I won’t be staying much longer.