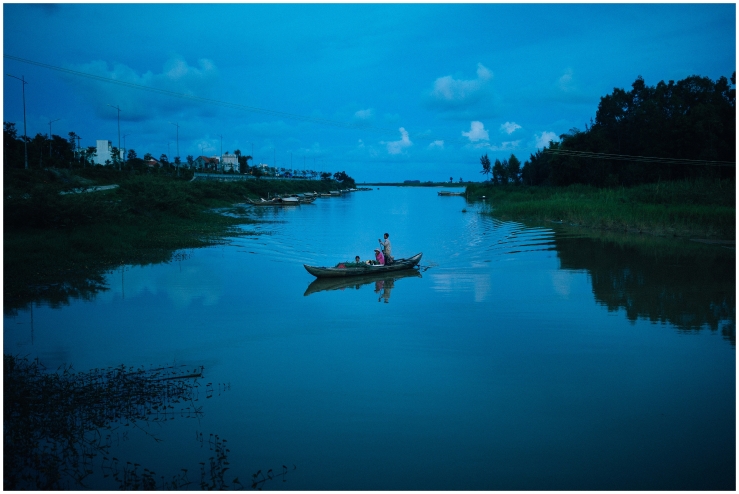 The river wound through the outskirts of the town flanked by tall trees and small homes. Women pushed bicycles over a bamboo bridge and boats ferried families and goods across its banks. Further along, farmers worked their rice paddies as children watched over grazing water buffalo. Mountains rose in the distance. The sea bordered to the east. This was My Lai.

It had been a long drive from Danang. When we arrived, we grabbed sandwiches from a nearby cart and walked along the dirt paths that crossed through the farmlands. The same dirt paths American soldiers walked when they landed here 50 years ago and made their way through the villages killing innocent men, women, and children in what became one of the most brutal and senseless massacres of the Vietnam-American War. 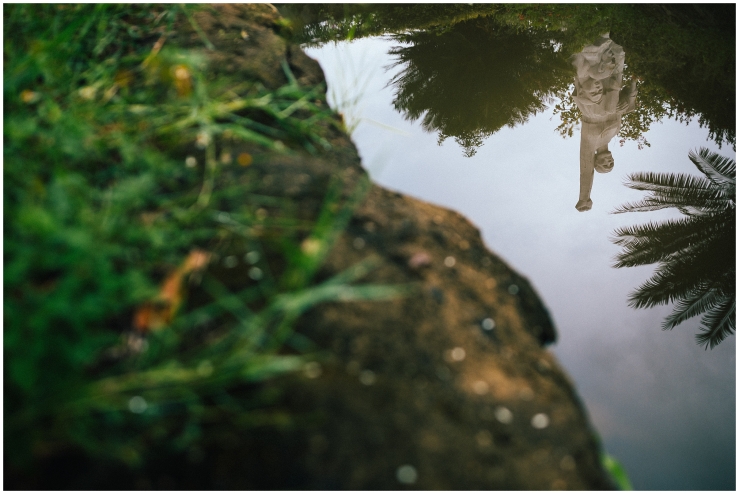 Some of the trees still wore the scars, the grim carvings of American bullets. The Memorial Museum was built on the site of the massacre and the burned foundations of homes stood as testaments to the horrors of war. But things had also moved on. Restaurants lined the nearby waterfront and men drove the boulevard with karaoke machines balanced on their bikes, stopping for customers to serenade fellow diners. The seafood was bountiful and you could sit on a small plastic stool and drink beer and eat like royalty every night.

We were in My Lai doing a story on the survivors of the massacre. Those who lived through March 16, 1968. An estimated 504 people were killed that day and graves and memorials dotted the landscape, rising out of the rice fields. Most of the roads off the main highway were still dirt and gravel. Power lines cut through the paddies. There were gardens and shops and teenagers and large trucks transporting goods up and down the coast and if you didn’t know any better you’d never know a war was fought there. That people died there. Were killed there. 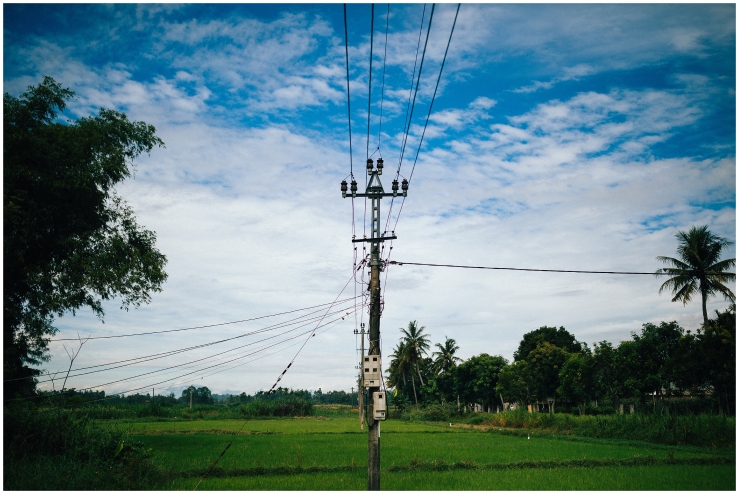 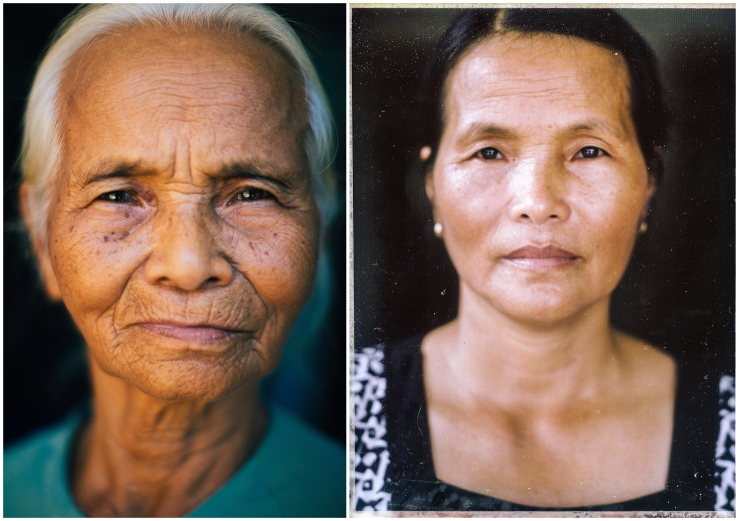 Five hundred and four people. Shot, stabbed, and raped. Beaten. Gutted. Massacred. The American soldiers had spent weeks being haunted by ghosts in the jungles and when they found living flesh they were frightened and they reacted and they reacted poorly.

Do Tan Thanh lost his eye and arm and most of his leg. When he was brought to the hospital they assumed he wouldn’t last through the night. Tran Nam, just a young boy at the time, lost his family. Truong Thi Le held her daughter and watched her die in her arms. Pham Thanh Cong took a bullet to the side of his head and lived. Pham Thi Thuan and her daughter Nguyen Thi Lien survived together after being buried with dead bodies as they fell into a ditch. Pham Dat and Ha Thi Qui and Nguyen Hong Man also made it through, somehow. By luck or strength or accident. They all carried memories of gunfire and chaos and darkness, of helicopter blades cutting through the morning sky.

And they all invited us into their homes and offered us tea and sat with us and shared their stories. And in the grief there was no ill will, just a desire for the world to learn from its past mistakes, for history not to repeat itself. As unlikely as that ever seems to be. Anger would have been understandable, but tenderness was heartbreaking. So for several days we listened, broken.

In the end we moved on as well, like so many old memories. We collected their stories and promised to tell them as plainly and truthfully as we could. Though everything will forever fall short of what they deserve. We build our narratives on these small condolences because these narratives are our best weapons against the past. And we scratch these stories onto pages and release them into the world in the desperate hope that they’ll have a fraction of the gravity the 504 names scratched in marble in the My Lai Memorial Museum have. 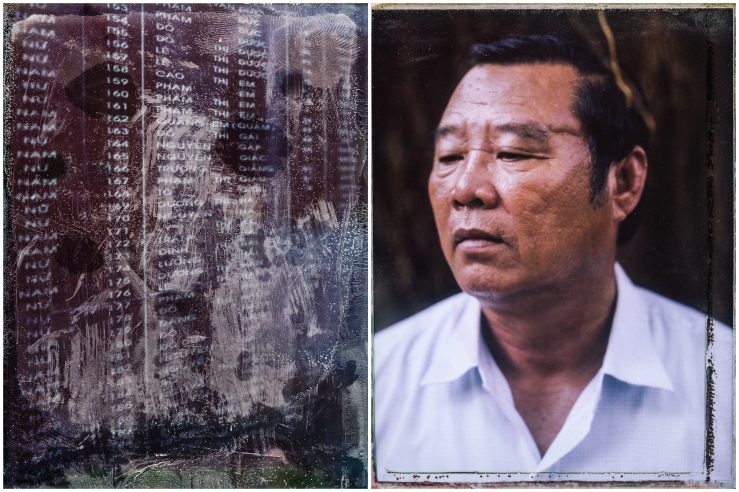 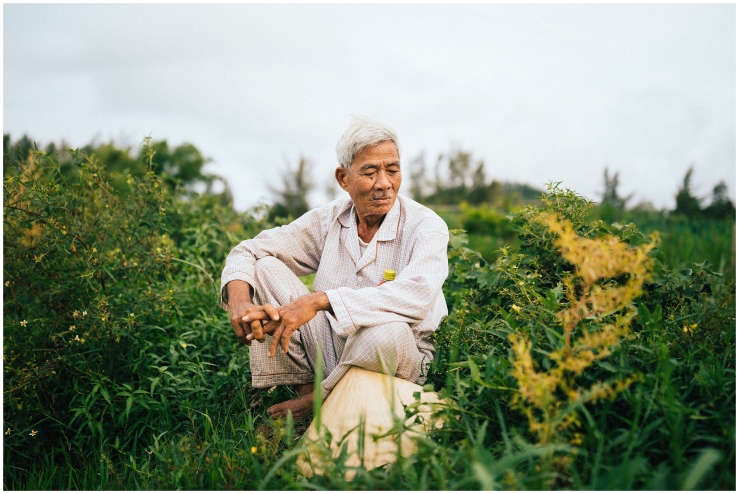 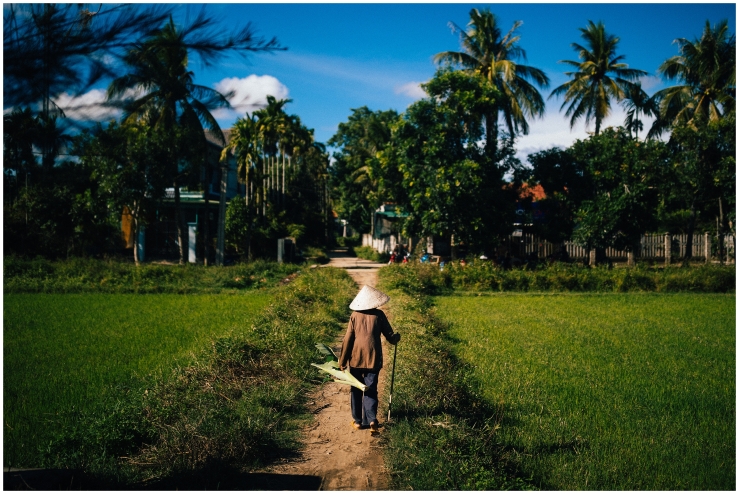 Back in town the lights were coming on along the riverfront. Women waved us into their restaurants and young couples sang Vietnamese love songs out of busted speakers on the backs of motorbikes. A small market sprung up. The air was alive with neon and possibility. As we dined a group of men came over with rice wine and small tea cups. They were celebrating. They poured shots and in their best English asked where we were from. When we answered America they smiled and said, “America!” and lifted their glasses high and drank deep.

You can read Shaun Raviv’s wonderful and moving story for Smithsonian Magazine HERE.

8 thoughts on “Vietnam | Remembering My Lai”