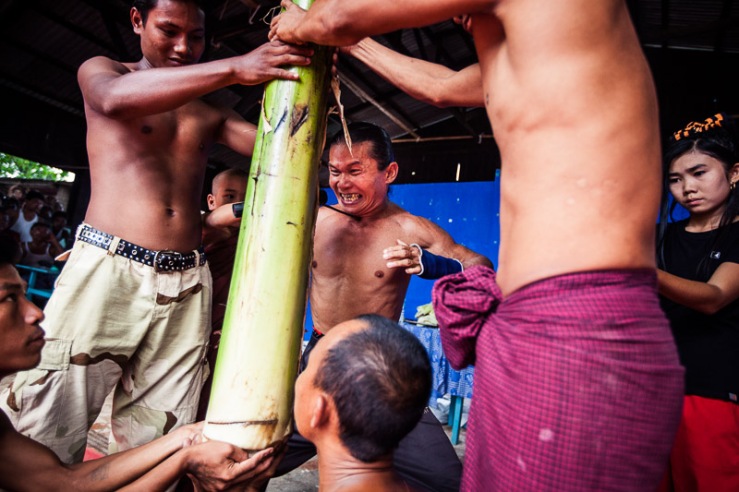 So while walking around Sagaing today–one of the ancient capitals around Mandalay–I started following what seemed like an oddly large number of monks and nuns all making their way toward one riverside monastery, and when I walked through the entry gate there were thousands of people all gathered around a central podium and there on the podium was this really intense man doing wild and uncanny things with his body, like punching through ice with his face and hanging from teak beams by his chin while doing leg lifts and walking on his toe knuckles (?!) and bending knives with his stomach and pushing thick iron stakes through thick bamboo trunks with his throat. Which is pictured above. And which was definitely real because he was bleeding from a large hole in his neck when he was done. His Burmese name translates to Superman. Right on.