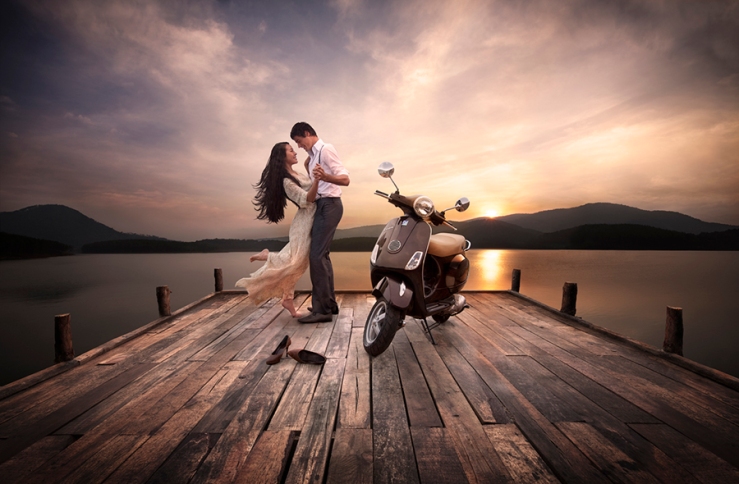 Dalat is a beautiful town. It’s the City of Eternal Spring. Vietnam’s Little Paris. The Honeymoon Capital of the country. At times, its streets are literally spilling over with flowers. The air smells piney and fresh. Old French villas dot the landscape like so many crumbling sentinels. So it was no surprise that Piaggio chose the quaint mountain paradise for its new Vespa ad campaign. More surprising was that I was chosen as the photographer.

The Anatomy of an Ad Campaign

I’m lucky enough to work with a great agency and production house here in Vietnam, NOI Pictures, and they were instrumental in putting the shoot together and getting the campaign off the ground. We also worked closely with Phibious, a “creative-led communications company” based in Southeast Asia. They managed the project and were the major creative force for the entire campaign. All told, there were dozens of people from Piaggio, Phibious, and NOI Pictures working together for this ad shoot. I was but a small cog. You can see the final image above. But here’s a little bit about how we got there.

The initial concept called for a beautiful pier leading out into a large lake with mountains in the backdrop, the sun setting in the distance. On the pier, a motorbike (Vespa!) is parked next to a dancing couple. Her shoes are off. Simple enough. So I went to Dalat about a week before the shoot to scout locations. I found several lakes, and lots of mountains. But one thing I never found was a suitable pier. There was nothing that could even liberally be called a pier. And certainly never one that would have supported a motorbike and two dancing models. Not to mention lighting and camera equipment and Yours Truly. 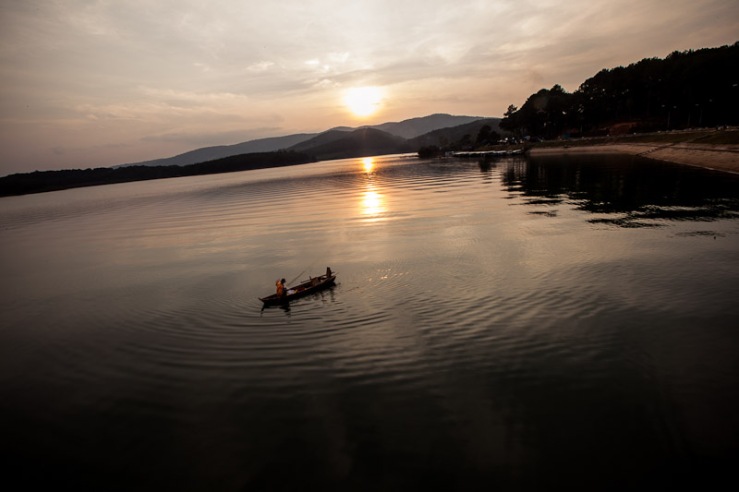 And now here is just one of the many reasons why I love Vietnam: with less than 36 hours before the shoot, we were able to decide that we should just go ahead and build a pier ourselves. Well, not ourselves. But hire people to do it for us. It was a Hail Mary. And yeah, fair enough, there were some questions as to how well our Hail Mary would pan out. Would the pier fall apart as soon as our models stepped onto it? Would I watch my camera sink to its shallow grave halfway through the shoot? Would the girl get splinters dancing with her shoes off? Would the bike make a comical creaking sound before breaking clean through the wooden boards into the water? Was it safe to run the electrical cords through the water for the lights? But in the end, it was still the best chance we had. So we got to building it. 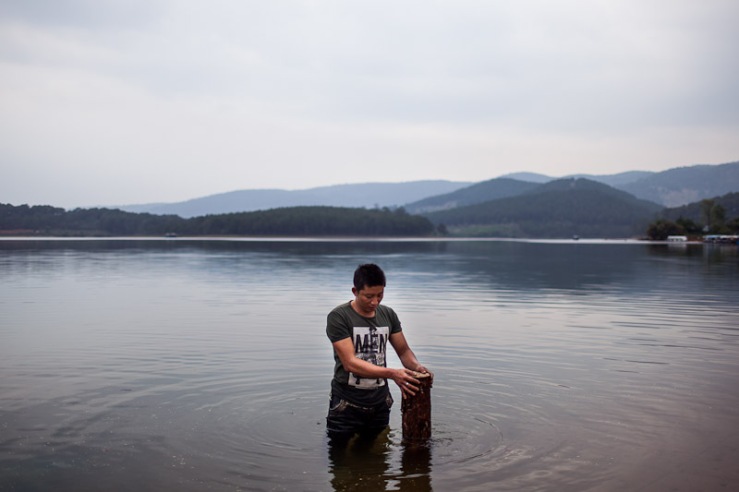 And in the end, it worked. Really well, actually. The models–Brando and Chanel–were great, and the motorbike didn’t complain much either. No creaking boards. No falling photographer. No [big] splinters. No surprising electrical shocks from errant cords dipping into the water, either. But it did rain. So our beautiful sunset disappeared and our models had to huddle beneath tarps and umbrellas and pretend like they weren’t dancing in the middle of a monsoon. The final image still needed a lot of post-production, and it ended up being a very good thing that I had gone out to photograph some sunset landscapes in the same location a few nights prior to the shoot. I’d lose my Documentary Photographer membership card if they ever found out how many changes were made to get to the final image. So don’t tell.

Or do. I don’t care. I’m super proud of the final product, and I think NOI Pictures and Phibious smashed it out of the park. The campaign has already started to roll out on billboards and magazines across Vietnam. I’ve driven past several in Hanoi so far. So that’s what I’ll leave you with. I’m going to go enjoy the outdoors for a while. Maybe drive around on my Honda Super Cub. 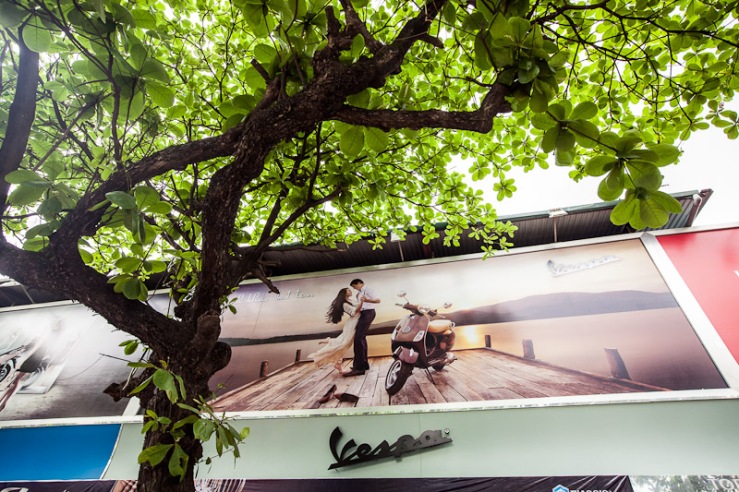 15 thoughts on “On Assignment | Vespa Shoot in Vietnam”