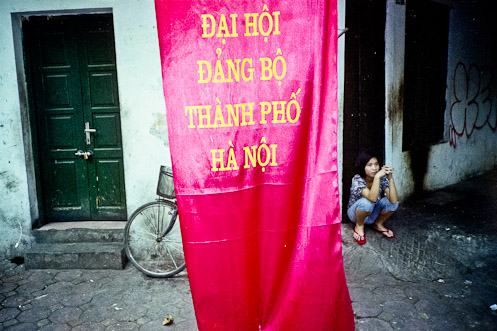 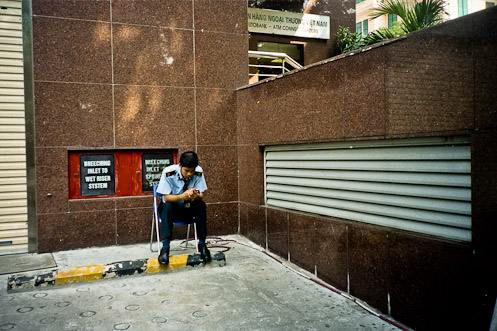 The creative process is something that I tend to over think quite a lot. I get caught up in things and it hurts me. Photographs have baggage. Me too. So I set about trying to leave some of that baggage behind, to do something creative and restrictive, something both loose and constant. I needed something that I could call my own but without too much thinking involved. I never take snapshots; I decided to take snapshots. Seven rolls of film over the course of seven days. No more, no less. One roll of film per day. My working title for the project was Disposable Me, but looking now at the 252 photographs taken, I’m not sure if that’s the most fitting of themes.

I’m still deciding on how best to show the project. I had an idea that I would put all 252 images onto my website, in groups of four, with separators for the days. But that’s 70 slides. Though there’s something about the volume and the mistakes and outtakes that makes the project what it is. There’s something endearing on a personal level about putting it all out there. As photographers, we’re often scared to death to show our mistakes. I listed some of what I photographed above, but here are some other things: underexposed night shots, blurry tiles, repetitive cliche themes, my motorbike way too many times, out of focus portraits, my thumb (oops!) and several times simply on the wrong setting. Maybe those pictures are as important as the five edited above. Maybe not. More later. Selects or something else.