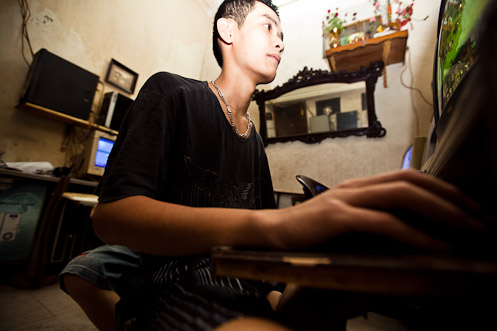 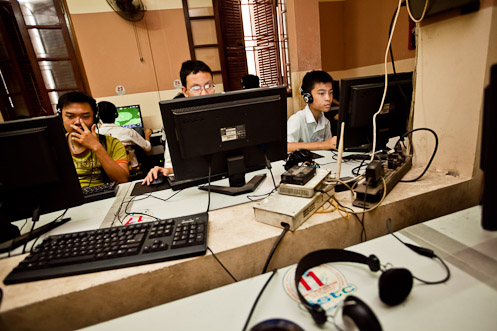 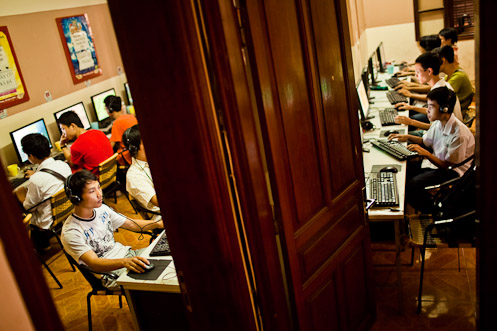 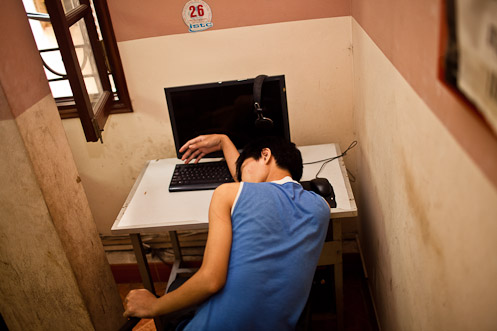 Some recent work of mine was published today in the Wall Street Journal. On internet gaming and social networking bans in Vietnam. The article is a great read and I’m happy to have been a (rather small) part of it. These bans on sites like Facebook are really nothing more than mild annoyances to everyone I know here. It never seems to be taken very seriously. Nokia even still advertises the use of Facebook on their billboards. So go figure. It feels like a large act most of the time, meant more to confound than criminalize.

But now there’s a new piece to this enigmatic puzzle. Go.vn. Or Goon Line. Because you can type it into your web address bar that way, too. It’s a government owned and run social networking site where members must give their full names and identification numbers to become members. In the article, the company says that it will target internet cafes and online gamers like the ones pictured above. But so far, since the May launch, no one seems to have really heard anything about it. Despite that, Vietnam is apparently expecting 40 million users by 2015. For sure.

Anyway, I’m off to New York and the 2010 Eddie Adams Workshop tonight. To say that I’m excited would be a bit of an understatement. I’ll be working with award winning editors and journalists and a group of students whose work simply blows me out of the water. Sounds like a good trip to me. So probably until my inevitable return.

2 thoughts on “Internet Gamer Outtakes & Off to New York”